If you bring some playfulness to the work, it can have multiple great positive effects. Gamification is a trending method to achieve these.

Nowadays playing games are not only for children in the kindergarten; “Millennials” and “Always-on” generations are playing with X-box, Wii or smartphone applications. For example, according to ESA research, 42 % of the Americans play video games at least once in a week and the 74 % of gamers are 18 years old or older.

A study of Technology Advice deals with the biological-chemical effects of gamification in different parts of the brain.

These are the followings:

These could be the benefits of gamification, but it could not work without real purpose or inner motivation. 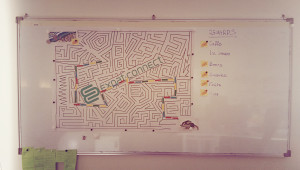 The Labyrinth is an agile game, gamification exercise for turn up productivity for a short time with the motivation of immediate positive feedback and prizes.

The idea came from a team member. He proposed playing an exit game as team building activity. The scope of the game was the last sprint (8 days) in the end of a release, before going live with the product. The target was to ramp up the motivation in the final stage.

Our idea was to use a well-known game with new content, special rules and a new goal in the spirit of agility. The game was designed to easy to solve and challenging also. It was also a great way to visualize the work in progress, the achievements and to help aiming to the target.

The team is represented by a mouse which has to escape from the labyrinth meanwhile collecting the pieces of cheese.

The ideal escape path was divided into 51 parts, which equals the number of user story points the team has had committed for the sprint.

Every achieved story point is represented by a small sticker and the team members were to put the earned stickers on the board.

The goal was to escape from the labyrinth by the 51 stickers and optionally to collect the cheese for extra rewards. 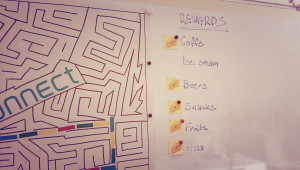 After collecting a piece of cheese the whole team was rewarded by ice cream, personalized coffee, or beer. 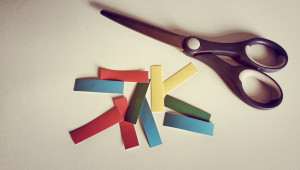 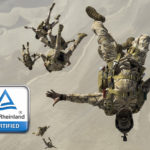 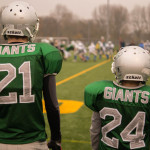 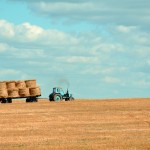